Showing posts from December, 2013
Show all

- December 28, 2013
“ @Stuff4blackppl : Wearing these shirts pic.twitter.com/m0zSJwPKAr ” I need this for The Kid. — David Lingholm (@davidlingholm) December 28, 2013 I want this shirt for The Kid because she can't tell people herself, and frankly, the white women who ask me tend to ignore me anyway. My most recent example came as we were getting ready to leave Tampa after our last, heartbreaking visit, we stopped at an Einstien Bagels for breakfast. I was topping off my coffee, holding The Kid in my left arm when an innocent looking white woman asked if she could say hi to my adorable daughter. Naively, I thought that someone asking was a welcome change to the random people who decide they absolutely must touch her hair. This particular random decided that The Kid's response to her was so cute (she tried crawling into my ribcage), that, "I just have to touch that hair!" Mind you, the number of randoms who want to touch The Kid are pretty small and the number who want to touch
Read more

Today is the 40th annual Davemas, and it seems less important than ever 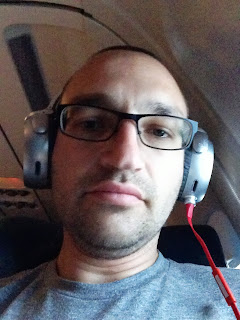 When you birthday is just three days away from Christmas, it's easy to feel like you're being overlooked. As a kid, my mom would work hard to separate my birthday and Christmas, but there was only so much she could do. Other kids had great parties, mine were usually small if I had one, I think because most parents were sick of Christmas parties by then. And the pile of gifts, when adding my my birthday, rarely looked any different than any other kid in the family on Christmas day. Veteran Young Guy in action Things as an adult actually became worse. I worked for Meijer throughout college, so I usually worked the night of my birthday. I thought I had escaped that fate when I graduated from Oakland University, but I ended up working at Kroger in store management, which guaranteed I would work on my birthday. As a result, I became pretty obnoxious about my birthday and started calling it Davemas around my 30th birthday. I wasn't working in retail at the time, so I coul
Read more

Kindness from friends, family and complete strangers. It will be my enduring memory of this particular funeral.

The Kid is always strong, even during nap time.  My mother-in-law passed away December 2, 2013. Just a week before, we packed up the our car and made the drive down because she was rushed to the hospital and had to be resuscitated several times during her first few hours in the emergency department. We hit the road, hoping for the best and fearing the worst. Our drive to Tampa took significantly longer than usual, specifically because of nasty fog and terrible road conditions in Tennessee.  We arrived late on Thanksgiving Eve, spent and heartbroken from the knowledge that this trip would be the last time we would see Rosa alive. As you might expect, the following week was a blur of activity. There were phone calls to make, cousins to console, funeral plans to make, clothes to buy (we were really hoping for the best), and a toddler to keep entertained. The kindness of a five year-old boy The night of the visitation, one of my sister-in-law's good friends gave us a sympa
Read more

Yes, I am well aware I cannot cloister my daughter for the next 38 years 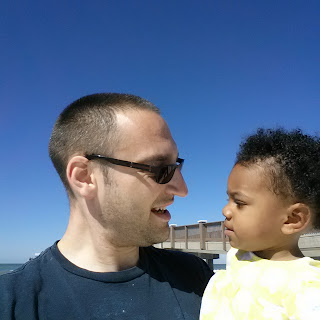 Few comments offend me. By the time I've overanalyzed what someone has said to me, I've usually chalked their comment up to ignorance, their own hubris, or their incorrect perception of who I am. However, some comments burn at me because they come from people who I expect more from. Today's was a comment about the kid, my future relationship with her to be exact. For context, the jabs about me being a protective Papa started and at some point, the old saw about me not wanting The Kid to date until she's 30 or 40 was brought out. "You do realize she's not for you, don't you?" That was the comment, asked with legitimate concern, as if I'm a predator. Maybe I'm being dramatic, but that's not something you ask as a joke. And then I was given a small lecture on the need to equip her with the tools to fend off the boys instead of just cloistering her. No sh*t Sherlock. I am old fashioned enough to be concerned about the safety of my kid
Read more
More posts