Showing posts from March, 2016
Show all

Marching for hope in our neighborhood 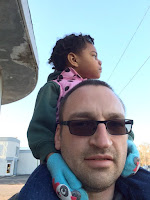 Roughly this time last year, a federal judge who lives a few streets over, was shot on his front porch in a botched robbery attempt. His physical recovery from the single bullet to the knee took the better part of a year and extensive rehabilitation, and his emotional recovery was sped by his church community and immediate neighbors.

I don't know the judge, nor am I a member of his church Gesu Catholic. I'm not much of a protest guy either, I prefer to work behind the scenes. I read about the walk this morning, and almost forgot about it until Gladys started to do some work for a class she's taking. So we bundled up The Kid, and the two of us walked over to the church to support our neighborhood.

When we walked into the church, I was struck immediately with the knowledge that this was not a protest, but …
Read more

Yet another blog of parenting advice 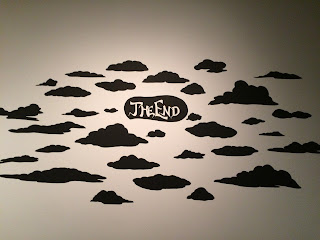 A friend whose wife is expecting their first child was asking me for advice today. He's going to be a new dad, so he was asking in general terms because until you're in it, you really don't know what to ask for.
My knee-jerk reaction was to tell him to get rest. Lots of it, whenever you can from now until the kids are adults. Forget the idea of work/life balance too, because balance is a myth. Sometimes work will take priority, sometimes the kids will, and sometimes dad has to be a priority. If you're too concerned about hitting a false measure of balance, you're going to miss something.

And that was it. That's all I could come up with until I got in the car and scarfed down one of the sugar cookies I bought for myself as a treat that I had no intention of sharing. Here's what I came up with.
Avoid watching Caillou at all costs. For some reason, kids are absolutely mesmerized by him. No adult on that show holds the kid accountable to the boundaries they'…
Read more
More posts